Amidst a wave of recent studies on the global decline of democracy and the concurrent resurgence of authoritarianism (Diamond 2008; Diamond 2015), the Thai case stands out because unlike authoritarian regimes elsewhere, Thailand since May 2014 has been the only country under full-fledged military rule in the world (Barany 2015: 88). Previously believed to be out of fashion, military rule made a comeback in Thailand first in September 2006, followed by the considerably more oppressive military regime that was installed by the 22 May 2014 coup. The 2014 coup that toppled the elected government of Yingluck Shinawatra was led by General Prayuth Chan-ocha, who heads a junta called the National Council for Peace and Order (NCPO) and made himself prime minister. The NCPO regime has already outlasted each of Thailand’s two immediately preceding military regimes in 1991 and 2006 and, after the military-sponsored draft constitution was passed in a heavily controlled referendum on 7 August 2016, looks set to continue ruling the country until late 2017 at least.

This essay analyses the NCPO’s strategy to prolong its rule. Drawing on Gerschewski (2013), the essay argues that while the Thai military has relied on repression like virtually all other authoritarian regimes in the world, there should be more analytical attention on how the NCPO has sought to legitimise its regime. Despite Thailand’s long history of military domination, the military has learned from anti-military mass uprisings in 1973 and 1992 that it cannot hope to govern by repressive means alone. By analysing the NCPO’s legitimation strategy, a better understanding of contemporary military rule in the Thai context can be gained.

Legitimacy and Repression in Authoritarian Regimes

What makes an authoritarian regime endure? A simple answer would be coercion. A strong authoritarian regime relies on the ability to use coercive means to impose its will on the country and, compared to a liberal democratic regime, is typically willing to do so in a relatively unconstrained manner. Repression, therefore, is an important component of authoritarianism, but repressive measures alone are far from the only factor that can sustain authoritarian regimes. In fact, a regime that depends exclusively on repression is likely to face backlash from those who repeatedly suffer from it. Citizens are unlikely to tolerate long periods of oppression and restrictions, unless they feel there are good reasons for them to live under that kind of government.

Thus, one of the ways in which authoritarian rulers can lessen their dependence on repression and reduce opposition from the citizenry—and perhaps from other powerful groups not aligned with the leaders—is to try to appear legitimate in some ways. As Gerschewski points out (2013: 18), legitimacy is crucial for any regime, whether democratic or authoritarian, because when a government is seen as legitimate, it can avoid using violence and can “guarantee active consent, compliance with the rules, passive obedience, or mere toleration within the population.” While a liberal democratic regime can claim legitimacy from being elected by and accountable to the people, an authoritarian regime needs to find legitimacy from alternative sources. Governments that lack democratic legitimacy have commonly justified their rule by pointing to their success in developmental issues, arguing that improvements in people’s quality of life would not have come about under democratic circumstances (Leftwich 1995: 418-420). Alternatively, or in addition to this, an authoritarian government may cite the need to maintain order within an ethnically or culturally diverse society, the desire to preserve ideological purity of the state, and the necessity of upholding unity in the face of threats to national security as reasons for the continued deployment of repressive mechanisms (Heiduk 2011: 252-253; Gerschewski 2013: 19).

In this sense, legitimacy frees authoritarian rulers from having to constantly coerce their people. Instead, they can expect the people to show a degree of willingness to conform to the regime’s rules and regulations or even to acknowledge the merits of an undemocratic system. This does not mean, however, that when an authoritarian regime is seen as legitimate, it will abandon the use of repression completely. More likely than not, repression will still continue in some form but the regime will now be able to portray its use of repressive measures as legitimate and thus necessary or even morally right.

Legitimation Strategy of the NCPO Regime

The repressive character of the NCPO regime has been well-documented (International Crisis Group 2014: 17-23; Haberkorn 2014). The junta has detained and issued criminal charges against critics, journalists, peaceful protesters and politicians, among others, while media rights, civil liberties and academic freedom have been severely curtailed. Ever since it seized power, the NCPO has been determined to ensure that it would not be remembered as an ineffective, bumbling administration like the 2006 military regime. There had been a widespread feeling among opponents of Thaksin Shinawatra, the former prime minister deposed by the 2006 coup and brother of Yingluck, that the generals responsible for the 2006 coup had ‘wasted their chance’ (sia khong) and failed to leave a lasting legacy, especially by not having done much to dismantle Thaksin’s electoral machine. The failures of the 2006 coup are still fresh in the minds of the 2014 coup leaders, shaping their willingness to avoid repeating those ‘mistakes’. Yet, amidst ongoing repression, the NCPO has also been determined to construct a sense of legitimacy around its regime and to communicate that message to audiences both in Thailand and abroad. This essay looks at three main types of legitimacy underlying the NCPO’s attempt to sustain itself.

Firstly, the junta has been keen to promote its performance legitimacy in order to make up for its democratic deficit, believing that legitimacy can be derived from how well a government performs its duties, especially in terms of improving people’s livelihood and delivering tangible results. As Prayuth and his spokespeople frequently remark that one of the NCPO’s jobs is to ‘clean up the mess’ left behind by politicians, it is clear that the NCPO has been trumpeting what it sees as its governing achievements in comparison to the performance of the Yingluck government. Yingluck’s flagship rice-pledging scheme, a project that had turned sour due to huge costs and corruption scandals (The Economist 10 August 2013), became one of the issues the junta used to attack the previous government. Soon after the coup, the NCPO authorised a payment of 92 billion baht owed to rice farmers who had not received their money under Yingluck (Porphant 2014: 6). In addition, the junta has also blamed politicians for causing the pre-coup political turmoil related to the six-month long street protest by the anti-Yingluck People’s Democratic Reform Committee (PDRC). As the PDRC demonstration and another one by the pro-Thaksin Red Shirts were broken up, the military could claim early on that it had to step in to restore peace and order, something which was beyond the ability of a ‘normal’ democratic government to achieve. 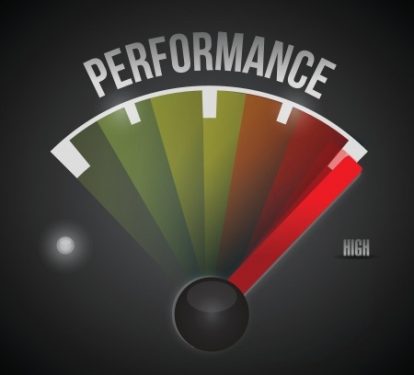 A key tool for the NCPO to pursue performance legitimacy is Article 44 of the junta-imposed interim constitution, which grants Prayuth absolute power unchecked by other state bodies. Article 44 has been invoked numerous times to bypass normal legal and parliamentary processes. The power of Article 44 has been utilised to suspend local government elections, enforce correct pricing for lottery tickets and to clamp down on rowdy street bikers, for example (iLaw 2015). Deputy Prime Minister and legal scholar Wissanu Krea-ngam justified Article 44 as being “a fast cure for critical problems that cannot be solved quickly” (Strait Times 7 April 2015). Essentially this is a classic authoritarian line of thinking: emphasising rapid problem solving while disregarding the lack of accountability and public participation.

Secondly, royal legitimacy forms another part of the NCPO’s strategy. The junta has portrayed itself as defenders of the Thai monarchy, though in the Thai context it would be impossible for any government not to make the same claim. As a military government, the Prayuth administration benefits from the longstanding perception in Thailand that the military is closely associated with the monarchy. Under the junta, the use of lèse majesté law to crack down on insults and disrespect toward the monarchy has grown more severe and those arrested have been put to trial in the military court instead of a civilian one (iLaw 2014). On one occasion, Prayuth also made an eye-catching, perhaps spontaneous, remark in parliament. 1 Though the meaning of what he said was not entirely clear, the remark was presumably in defence of the queen’s widely publicised attendance of a funeral of an anti-Thaksin protester in October 2008.

Thirdly, the junta has sought to gain legitimacy from the notion of reform. In the Thai context, reform (pa ti roop) is a word that conveys seriousness and intelligence but can sometimes also be confusing and misleading. A wide-ranging reform process that produced Thailand’s 1997 constitution was celebrated, but it is still often easier to claim that something needs to be reformed than to offer a concrete plan on how to carry out such reform. Undeterred by any of these issues, the NCPO has laid out an expansive plan to ‘reform’ various aspects of the country’s politics, economy and social life. Arguing that the political crisis of the past ten years showed how the country was in need of serious reform, the junta set up a body called the National Reform Council and has assigned ministries and state bodies to create long-term strategic plans under a broad scheme called the National Twenty-year Strategy. The junta’s rhetoric of reform can be regarded as an attempt to placate PDRC supporters who had also used the same rhetoric in their anti-Yingluck activities.

This essay does not seek to downplay the oppressive nature of the NCPO, but it argues for more analytical focus on how the military government has tried to legitimise itself. In what is often described as a period of global authoritarian resurgence, it can be beneficial for analysts to look more closely at how Thai authoritarianism really works in the twenty-first century. However, this does not necessarily mean that the findings of this article can readily be applied elsewhere. The NCPO’s legitimation strategy is deeply rooted in the Thai context where, as Dressel points out (2010: 449-455), the concepts of liberal democracy and popular sovereignty have struggled to displace the traditional ideological system that emphasises nationalism, monarchism and Theravada Buddhism. Moreover, this essay has identified key elements within the junta’s legitimation strategy but it has not evaluated the effectiveness of that strategy. As the military looks to entrench itself in Thai politics for the foreseeable future, there will certainly be more opportunities for further research and the knowledge of how an authoritarian regime legitimises itself should equip observers with a useful tool to help to make sense of Thai politics.

Note: This essay is derived from the author’s ongoing PhD research at University of Leeds, UK.