Despite guaranteeing freedom of expression in its constitution, Cambodia is nearing a complete authoritarian takeover of its digital landscape with the advent of the National Internet Gateway (NIG), a government-owned internet gateway that will lead to dramatic self-censorship in the country and will aid with consolidating the one-party state system in Cambodia. The remaining vestiges of freedom of expression and civil society space for political activism are under threat with the commencement of the single Gateway, which was originally planned for early 2022, although it has been delayed. 1

The number of internet users in Cambodia increased from 0.53% of the population in 2009 to 52.6% of the population (8.86 million) in 2021. 2 As of 2021, there were five major telecommunication firms, providing both land-based and mobile internet services in Cambodia – Viettel, Smart Axiata, CamGSM, Xinwei Telecom and Southeast Asia Telecom, all originating from countries with authoritarian leanings 3 (China, Singapore and Vietnam) and all closely affiliated with the Cambodian government and its officials. 4 This enables easy collaboration between ISPs and government officials to monitor internet use, block online content, or ‘throttle’ the internet.

A range of laws have been used to tackle online dissent. The impending implementation of the NIG, aimed at bringing all internet traffic under one government-operated gateway, will be accompanied by a range of pre-existing laws: the Cambodian Constitution, the Penal Code, the Law on Telecommunications, Inter-Ministerial Prakas No.170, and the draft Cyber-crime Law.

Many of the provisions within these laws, as detailed in a recent report by Asia Centre, 5 are in violation of international human rights standards and treaties ratified by Cambodia. Critical features of these laws include: constitutional amendments to Article 49 that require upholding “the national interest”; defamation provisions in the Penal Code that protect “the honour or the reputation of a person or an institution”; the criminal offence of communicating “fake news” (Article 425); the offence of “conspiracy” or “plotting” by one or more persons to commit a criminal offence; and incitement to commit a felony or to disturb social security (Article 495). 6 Communications are monitored under the Law on Telecommunications (2015), 7 which provides for monitoring actors (Article 70 and 71), decreased protection of data (Article 97 and 6) and the criminalisation of free speech on radio, television, online, and in private messages (Article 80). Inter-Ministerial Prakas (Proclamation 170) (2018) on ‘Publication Controls of Website and Social Media Processing via Internet in the Kingdom of Cambodia’ enables close collaboration between the Ministry of Information, Ministry of the Interior, and the MPTC to monitor all social media usage. In February 2020, a social media task force was commissioned to monitor all Cambodian media, including social media platforms, with legal authorisation from the Prakas. 8

This suite of laws will be complemented by the draft Cyber-crime Law, first proposed in 2012, and still being discussed in 2022. With the aim of preventing cyber-crime, it provided for the preservation of all traffic data for up to 180 days. RGC would then be able to easily request data from rights organisations, and potentially curb their work, by abusing such data. Whistle-blowers are also threatened under this new draft law. The Covid-19 Control Law (March 2021), though a temporary measure, has been used to silence critics who allegedly spread ‘fake news’ about the COVID-19 situation and alleged Government mismanagement of the pandemic.

The final piece in Cambodia’s authoritarian legal tool-kit is the National Internet Gateway, a national “off switch” for the internet when necessary. 9 Representing a significant blow to online freedom of expression and the right to privacy, NIG operators will essentially engage in digital surveillance on behalf of the RCG.  They are required to collaborate with the relevant authorities to take action in blocking and disconnecting all network connections that adversely affect national revenue, safety, social order, dignity, culture, traditions, and customs (Article 6) and store data and provide routine status reports to the authorities (Article 14) to “[assure] safety, public order, dignity, culture, tradition and custom of the society” (Article 12).

In the months preceding the announcement of the NIG, selected neighbourhoods had their electricity cut off and their internet speeds throttled to hamper internet access. Prior to elections, authorities also shut down independent pro-democracy news sites. When the COVID-19 pandemic caused activities and engagements to shift online, civil society organisations (CSOs) recounted to Asia Centre that there were instances where unknown “participants” disrupted online meetings. 10 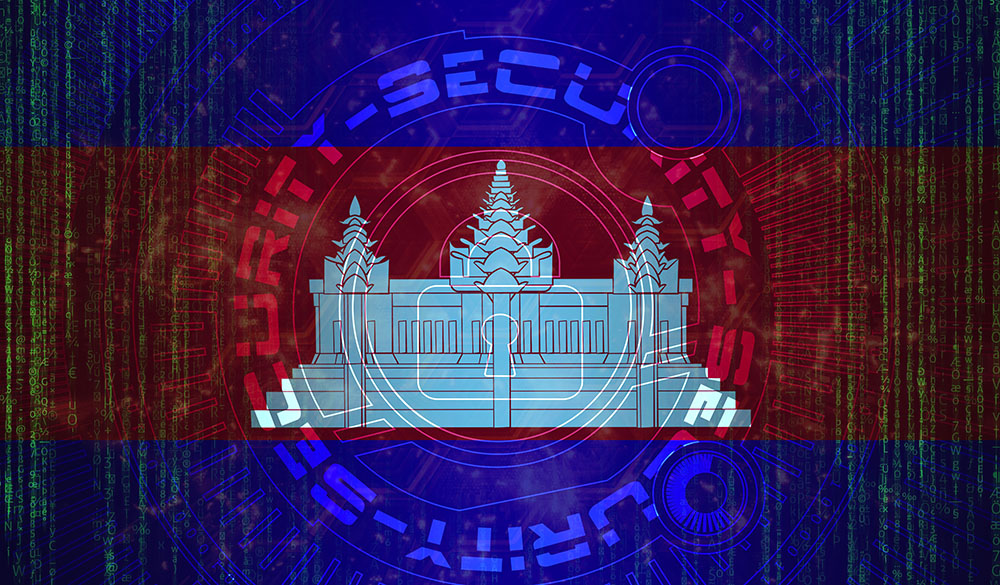 In February 2022, The implementation of the NIG was postponed. The Cambodian Government is in close collaboration, financially and technologically, with China. 11 It is undeniable, as noted by the New York Times, that Cambodia is joining a list of countries that have embraced the Chinese authoritarian model of internet surveillance. 12 Thailand, Vietnam, and Singapore are all emulating this model. 13 This has prompted Cambodians to turn to VPNs to get around internet controls, though these services are likely to be banned in the future.

Digital Surveillance and Regression in Rights

While freedom of expression is enshrined in Cambodia’s Constitution and supported by its ratification of the International Covenant on Civil and Political Rights (ICCPR), Cambodia’s slew of legal measures has created a highly monitored digital landscape, that is causing anxiety among dissidents. Faced with threats and social media manipulation, critics and human rights defenders have retreated into self-censorship and withdrawn from political engagement to ensure their survival.

Internet freedoms have been in decline since 2009. 14 In 2021, some 39 Cambodians were arrested, jailed, or issued warrants for alleged online infractions reported by government censors. 15 The Cambodian Journalists Alliance Association has diligently documented the repression of journalists in the country. Its quarterly monitoring report for July-September 2021, 16 reported harassment of eight journalists through either legal action, violent threats, detention, or imprisonment for reporting on various topics, including land rights and COVID-19. The report notes that from January to April 2021, the Information Ministry revoked at least 7 media licenses including Angkor Today, Live-Daily, San Prum, Phengvannak, Stoengchralpost, Tecchor Youth News, and K01 TV Online — six of which were accused of spreading false information and causing chaos for their reporting on COVID-19. In August 2021, the Ministry of Information announced the creation of a Monitoring Committee for Journalism Ethics, to oversee and regulate the conduct of media practitioners in the country. 17 The suppression of dissenting voices has been aided by the private surveillance industry. FinSpy was exposed for its sale of services to the Cambodian government before the firm was shut down in March 2022. 18 Similarly, a Reuters report revealed that NSO’s Pegasus program was used in the country. 19

The role of social media platforms must also be noted as trolls and bots are regularly employed to amplify pro-government narratives and disseminate disinformation aimed at discrediting government critics and political dissidents. 20 PM Hun Sen uses FB to threaten opponents and spread hate speech. He is able to control narratives that are consumed by a population with a low level of digital literacy, which helps to facilitate his reign. Government generated ‘fake news’ often leads to arbitrary arrests, detentions, and imprisonment.

The rise in digital authoritarianism in Cambodia has led to a decline in internet freedoms, widespread self-censorship, denial of access to the internet, control of election narratives, the stifling of opposition voices, online surveillance, and the manipulation of social media content. Prime Minister Hun Sen’s stranglehold of the social media landscape enables him to amplify pro-government content and drown out and intimidate political opponents. 21 One cause for hope was the announcement, in February 2021, that the MPTC intended to prepare a data protection law after the finalisation of the draft cyber-crime law in the near future. 22

Digital authoritarianism is likely to develop further in Cambodia in the foreseeable future. While his style may differ, Hun Manet is not likely to radically alter his father’s system of rule. He will rule Cambodia with the support of Laos, Myanmar, Vietnam, 23 Singapore, and China; 24 all of whom are assisting Cambodia with the infrastructure required for prolonged digital authoritarianism. 25 Russia is also an active player in this area, having long been interested in Cambodia’s telecommunications market. 26 Russia recently signed an investment agreement with Phnom Penh, that included Russia’s ELTEX. 27

Recognizing the instrumental role of former Japanese Prime Minster Shinzo Abe for both the establishment of the Indo-Pacific as a geopolitical concept and the development of Japanese-Southeast Asian relations, the essays in this special issue investigate the legacy of his government for the future of the region.