The political violence that stormed Indonesia in 1965 left deep wounds on the society, particularly on the victims and their families. The wounds are yet to be cured. The background was the cold war. Popular President Sukarno was balancing two powerful forces, the pro-revolution communist party (PKI) and the conservative army. When Sukarno’s health conditions became an issue, rumors spread that there might be a coup, either by the army or the communists, if the worst were to happen to the President. Tension grew rapidly.

The storm came in two separate events. Before dawn on 1 October, a group of young officers abducted and murdered six highest-ranking army officers and a junior officer whom they mistakenly thought was one of the targets. The group, calling itself the 30th September Movement, declared that it took action to preempt a move that they thought the CIA-backed army leaders had secretly plotted against the President. The Movement failed. What followed was a swift purge within the security forces of those sympathetic to the Movement and a complete destruction of the PKI. Now the army led by Major General Suharto accused the PKI of masterminding “the abortive coup”. The subsequent bloody repression resulted in deaths of a half to one million communists and leftists. Those killed by the army and army-backed paramilitaries were buried in mass graves or thrown into the sea. Many of the bodies are yet to be found. Suharto’s New Order was founded on these unmarked graves.

The collapse of the Suharto regime brought about limited freedom to discuss the regime’s past atrocities and a surge of memoirs, testimonies and evidence made a new round of research possible. Research into the Indonesian killings of 1965-1966, since the pioneering collection of studies edited by Robert Cribb in 1990, has continued to this day with persistence. Undoubtedly, Hearman’s work is a very important and unique contribution to the study of regional dimensions of this most puzzling part of Indonesian history.

Two story lines are running in parallel through the book. The stage is East Java, and the protagonists are local activists of the PKI and its mass organizations. One story line is the anti-communist violence that unfolded in the province in 1965-1968 following the failed military movement. Here we find answers to questions about how violence was orchestrated and how the army crushed the immature resistance of the communists built up in South Blitar in 1968, the operation had the code name of Trisula. The book is the first comprehensive study of the repression in South Blitar from a viewpoint of the oppressed.

The other story line is the experience of the activists that go from vigorous political activism up to 1965, through life on the run during the purge, to an attempt to build a new resistance base and its destruction by the army. The book also offers rare accounts of the stigmatization, discrimination and persecution that villagers in South Blitar collectively endured during and after the Trisula operation. This is a history of idealism, dedication and trauma of people who aspired to be “a voice of the oppressed”.

Military sources mention, as Hearman quotes, that there was a group of soldiers in East Java that declared their support to the 30th September Movement. The regional chief of the PKI Special Bureau was present at group’s meetings prior to the event. The Special Bureau was a secret section under the party secretary with the task to liaise with soldiers sympathetic to the party. Hearman writes, based on interviews, that by September 1965 it had been known in the Left in East Java that “something was going to happen”. As the Movement turned out to be a miserable failure, the Left in East Java were confused at ambiguous or even conflicting instructions coming from their leaders in Jakarta. 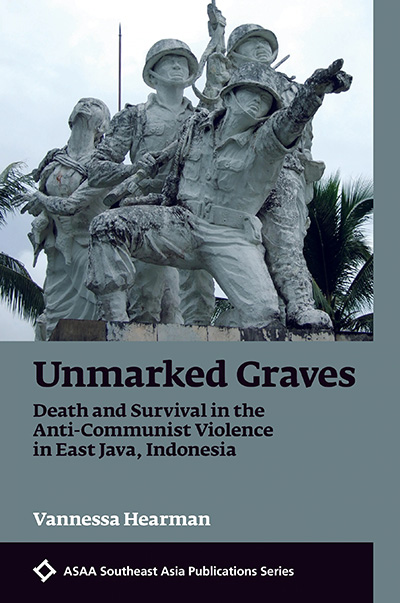 The anti-communist forces were quick to seize the opportunity. Hearman describes in details how violence escalated in East Java. In early October attacks on Chinese shops began. In mid-October Nahdlatul Ulama (NU), a traditional Islam organization most popular in East Java, launched a rally in Kediri, after which participants attacked the party headquarters and killed 11 members. Other cities followed a similar pattern. While the NU “seemed to be the most organized section of the anti-PKI campaign”, Hearman writes, some army commanders in East Java had coordinated closely with local NU leaders even before the regional army commander decided to ban the PKI and leftist mass organizations in late October. In a typical tactic, local army commanders in Kediri infused NU leaders with information that “PKI members were planning to ‘burn Kediri’ on 15 October”, and told them “to take the initiative”. Soldiers also approached Catholic youth and told them that “their names were on a PKI death list”. A former Catholic student recalls, “The officer was igniting our fuses”. These commanders then gave a list of PKI activists and supporters to the NU’s paramilitary, Ansor, presided over “extensive operations”, and detained those captured. Later, many among those detained have never been seen since. By the end of the year, the death toll in the province had swollen to tens, or even hundreds, of thousands. The estimates vary from 54,000 to 300,000.

The final chapter of this extraordinary period of Indonesian history is the repression in South Blitar in 1968. PKI members who escaped crackdown gathered in South Blitar, a PKI stronghold, poor, isolated and facing the Indian Ocean, in a desperate attempt to rebuild a base to fight back against the new military regime. But they were soon caught in the army’s surveillance. This time, the army did not use Muslim paramilitaries, as it had become the army’s policy to “limit the power of religious groups”. The Trisula operation was a full-scale military operation with deployment of elite troops and thousands of auxiliaries. The army sealed off a large area as the operation zone, and inside the zone registered cattle, prohibited gatherings, and forced villagers to patrol with them. The army also ordered villagers “to walk in a row through the countryside to flush out the fugitives”. This was the so-called “fence of legs” operation, a method used extensively in the war in East Timor later. About 2,000 are estimated to have been killed in the operation. The number, Hearman points out, must include “a large number of South Blitar civilians” because the leftist fugitives who escaped into the area were not that many.

Here Hearman, by taking a distinctive people’s perspective, challenges the military version of what happened in South Blitar. The army portrayed communists as “a foreign presence” and villagers as innocent victims of the PKI’s mobilization. The fact was, Hearman writes, “the boundary between activists and villagers was often not clearcut”. Seeing the population with suspicion, the army rounded up and screened villagers. The army also ordered villagers to carry out killings or help bury the bodies. It is not surprising, therefore, that the Trisula operation “created a sense of common suffering” among the villagers. The Monument of Trisula, constructed with forced labor of villagers, depicted soldiers and peasants fighting together. We know now that such a message sounds just hollow.

More than five decades have passed since these traumatic events, and the authoritarian regime disappeared more than two decades ago. But the survivors of the past atrocities still fear intimidation, discrimination and stigmatization. That is why many interviewees in this book had to speak under a pseudonym. Until their suffering is acknowledged and justice is done, the struggle must continue. And it needs “solidarity from the international community”, as Hearman calls for at the end of the book.